Today, we live in an over-sensitive, over-complaining, over-politically correct world where at any given time, some person or group is offended by something happening, usually not even directly related to them.

What Does ‘Offended’ Mean?

According to dictionary.com, the word offend is defined as:

Now, we can argue all day as to how the word is defined in a daily applicable manner, but someone would probably be offended by that.  For the sake of argument, we’ll define offended as a way you feel based upon an act of another that causes a disruption in your mood and daily thought pattern.

Now, before we go on, let me be clear about something.  No one can offend you!  Only you have the power to control how you feel.  Therefore, being offended means you have taken it upon yourself to internalize an act of another and have given it the power to negatively affect you.  That’s right, if you’re offended, it’s all your fault.

Things are only “offensive” if someone chooses to let it offend them.  It’s like the old saying about if a tree falls in the forest and no one is there to hear it, does it make a sound.  Well, the “offensive” act is the tree, and you are choosing to be there to listen to it fall.  This doesn’t mean that there are issues in life that we feel passionately about and have a sense of apathy and empathy for, but more about things outside our personal life space that doesn’t directly affect us or our loved ones.

Let’s take look at an example and put it into perspective, even if it seems a bit silly.  I know people that are offended by someone cursing, not cursing at them, but just the mere use of curse words while talking.  How does this offend them, or better yet, how does this hurt them in any way?  Do these words have some sort of tiny, physical particles that penetrate our ear canals and cause long-term damage?  Do these words physically change who they are or cause some kind of actual pain?  Of course not!

This offended person is choosing to hear a word that they do not use, and somehow internalize it and make it about themselves.  The subconscious thought somehow tells them that since that person is not speaking in a manner that they themselves would, it is not only wrong, but damaging to their feelings.  It’s only damaging because they allow it to be.  If you don’t like curse words, then don’t use them.  No one is making you.

Whatever it is that offends you, stop and think about how much time and energy you have put into thinking about that topic, and what areas of your life you could have invested that time and energy into instead.  You don’t like violent movies?  Don’t watch them.  Instead, focus on what you could do today that would be productive for you and your family, or what kind deed you could do for another.  You don’t like rap music with explicit language?  Don’t listen to it.  Find a way to increase your free time so you can be more creative and influence others in a positive way instead.

You see, it’s a choice.  You can put energy into the thing you don’t agree with and actually don’t have to be involved with, or you can put your energy into something that will improve your life.  When given two choices, one being something we enjoy and the other something we do not, why would you choose to invest in the one you do not like?

Imagine if you love vanilla ice cream, and someone offers you a choice of two bowls, one with vanilla one with chocolate, and you decide to eat the chocolate, hating every minute of it.  That would be absurd.  You wouldn’t do that, so why would you choose to involve yourself in the things that offend you?

I know people that spend the majority of the day googling and researching topics that they are offended by so that they can post comments on social media about that topic.  I’m sure that some of you do this very act, and if not, you definitely know someone that does.  If you don’t agree with something, why would you search for it?

Now, if you plan to take action against something based on your passion and willingness to get involved, then that’s a different story.  But let’s be honest, most people are not planning any action except to educate their adoring audience as to how badly they are offended by the topic.   If you feel something is absolutely wrong and negatively affects people’s lives and our communities, then get out there and do something about it.  Get involved.

But if you’re just looking to preach your disdain from the comfort and safety of your keyboard and argue against anyone that has a different opinion than yours, you are making an unwise decision to dwell in negativity which accomplishes nothing.  You are not a beautiful and unique snowflake that has all the answers where everyone must bow down and believe exactly everything you believe, just like I am not.  We are all, however, individuals with different perspectives that have the ability to encourage others, even if we don’t see eye to eye.

Let’s put it in perspective for a moment by flipping the switch.  What do you do that may be offensive to others?  Maybe your religion is one that your neighbor doesn’t agree with.  Maybe you eat meat, when members of your family are vegetarian.  Maybe you’re a guy who wears sandals with socks.  It could be anything, but one thing’s for sure, you do something or believe in some way that is offensive to someone else.  Does this mean you are wrong?  Of course not!  How could you be?

The way you believe, act, and think is a combination of many factors that have been influencing you every since the day you were born.  Over time, many of those beliefs and thought processes will change, evolve, or be completely abandoned.  You are forever being upgraded, rewired, revised, and remodeled.

There are things right now I’m sure you would have not agreed with in the past and vice versa.  You may even be involved in something currently that you would have absolutely been offended by ten or twenty years ago, and I bet there’s a time in the past you look back on where you thought concrete about a topic only to believe completely different today.

We Are All Different

The point is, we all have our own likes, dislikes, wants, and desires.  If someone else’s doesn’t match up with yours, it doesn’t make either of you right or wrong, just different.  If someone doesn’t agree with you about something, they do not have to get involved with it, just like disagreeing with someone else’s actions isn’t an open invitation to get your feelings hurt and try to convince everyone that they are wrong.

In a nutshell, if you don’t like it, move along.  Spend your time and energy focusing on your life and what you can make of it.

The opinions expressed in this guest article are those of the author, and he alone is responsible for the content.
The opinions in this article may or may not express those of the owner of this site. You may reach the author through his website at http://www.dadswithlimits.com 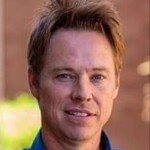 Daniel is a husband and father with an eclectic background. He has extensive experience in business ownership, coaching, mentoring, speaking, and writing.

Thanks for the support Mike.

This post may contain affiliate links, which means I may receive a commission, at no extra cost to you, if you make a purchase through a link. Please see my full disclosure for further information